Why the best pumpkin pie is made with squash 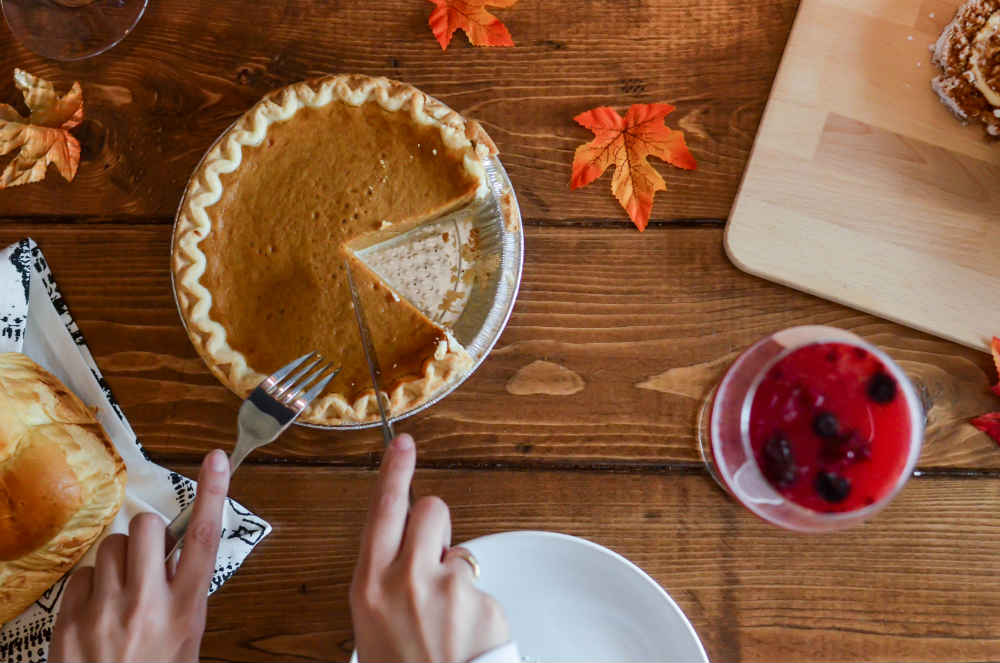 Since the early 20th century, Americans have been making squash pie and calling it “pumpkin” because, well, it rolls off the tongue better. That can of “pumpkin” puree you recently bought? It’s probably squash. The fact that squash is a suitable (if not preferred) ingredient in pumpkin pie shouldn’t come as a complete surprise. After all, squash is earthy like a pumpkin, but also less stringy, sweeter, and more vibrant in color.

Why call it pumpkin?

Pumpkin pie, as we know it today, is a fairly recent invention. Chicago-based Libby’s was the first mass marketer of canned pumpkin, and their famous pie recipe first appeared on cans in the 1940s, just when processed foods were liberating housewives across America. Libby’s may have been inspired by the fact that early American colonists are thought to have served a sweet pumpkin pudding for Thanksgiving dinner.

This canned puree, marketed as “100% Pure Pumpkin,” is more often than not, squash. If you’re buying Libby’s, for example, you’re likely using the Dickinson squash — resembling a cross between a butternut and a pumpkin — especially developed for the company. This is where the technicality comes into play: because both pumpkins and squash fall under the same genus, the distinction is a bit grey when it comes to canned products, at least according to the USDA. The label can have a “pumpkin” claim even if there is no pumpkin in sight, because of the official definition: “The canned product prepared from […] golden-fleshed, firm-shelled, sweet varieties of either pumpkins and squashes.”

Whether it’s best to use canned or fresh for pumpkin pie is a bit of a controversy. But the comparison of a stringy, watery pumpkin to the smooth, rich canned puree is an unfair one. Besides, as we’ve already mentioned, most canned “pumpkin” is really just squash.

Yet when you bring fresh squash puree into the mix, it’s a clear winner over canned product. (The online cooking community agrees – see our recipe list below.) Plus, you can make squash puree in a pinch. By the time a squash has been roasted, pureed, blended with fall spices, and baked into a “pumpkin” pie, the only thing anyone will notice is just how delicious it is. So the real controversy should be: which squash to use for your homemade puree?

We scoured the internet for pie recipes and found two clear winners: butternut and kabocha. Butternut offers a delicate sweetness and smooth texture, while kabocha offers a uniquely silky texture, chestnut flavor, and bright-orange color. Whatever your preference, roasting the squash is vital, which concentrates the flavor and removes moisture.

Sure, making your own squash puree takes a little more effort, but baking a delicious, show-stopping pie from scratch is truly rewarding. This fall and winter season, try experimenting with squash and ask yourself whether it’s everything you want in a pumpkin pie — wholesome, comforting, and familiar. We bet it will be.

Below are some of our favorite recipes to get you started: